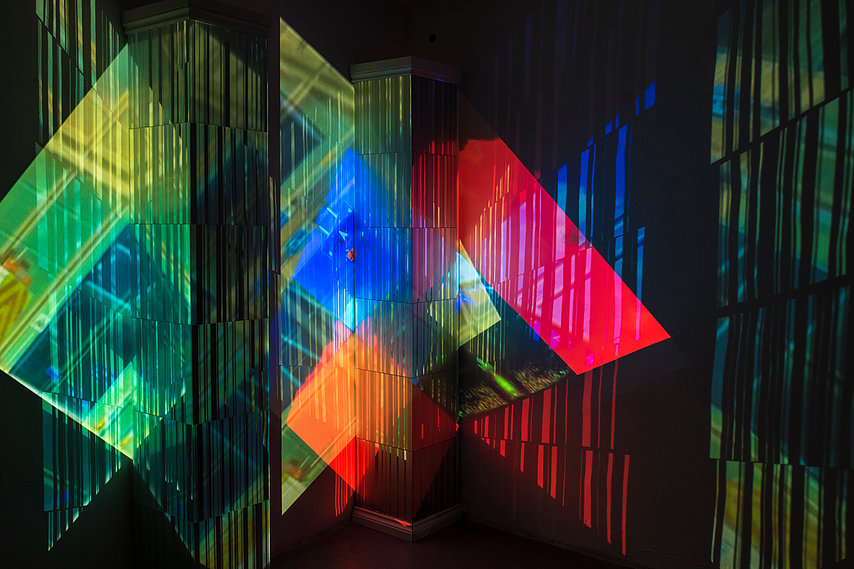 It’s strangely compelling to look at, hypnotic even, but what the hell does it mean, and who is responsible?

Gillian Hobson is a Grimsby artist with quite a lot to show off about: She is a Doctor of Fine Art; she’s an author with a commission from the NHS to explore creativity in helping sufferers recover from mental illness, and (though she may not describe herself as such) she is a sculptor of light operating out of her studio on the South Bank of our beloved Humber.

Now light is not a touchy feely material; you can’t take a chisel to a shapeless lump of the stuff, fashion an object into a recognisable form and put it in your garden for the neighbours to coo over. The physics just do not work like that, and trying to explain it in  esoteric terms, as you find artists inevitably do, will see most of us get lost in the language.

The best thing is to merely stand in its glow, look at it for a bit, get lost in it, and maybe even point. Which means you, the viewer, are the prism through which the work is refracted. Her art in that context is not about what it means, but what it achieves. Which in some cases is the relief of suffering for the mentally ill. Now that is meaningful. Nice one Gill. (Check film here)